B&G and the Americas Cup

The 170-year story of America’s Cup is one of intrigue and innovation. It’s regarded as the pinnacle of sailing, and the 36th Cup, the buildup to which started in Auckland at the end of 2020, is no different. The publication of the AC75 Class rule, in 2018, marked the beginning of a new sailing era. A new generation of radical 75-foot foiling monohulls has hit the water, but no-one knew what to expect until the starting gun fired. Nowadays foils are commonplace, but the engineering and sailing techniques needed to get the AC75 to fly are completely different from anything seen before. Since then the increase in performance for America’s Cup boats has been greater than at any point in the long history of the event.

With speeds of up to 50kts expected and boats flying around the racecourse, margins for error are non-existent. That’s why teams including INEOS Team UK and Emirates Team New Zealand have chosen B&G technology to keep them up to speed on the real-time conditions on board. 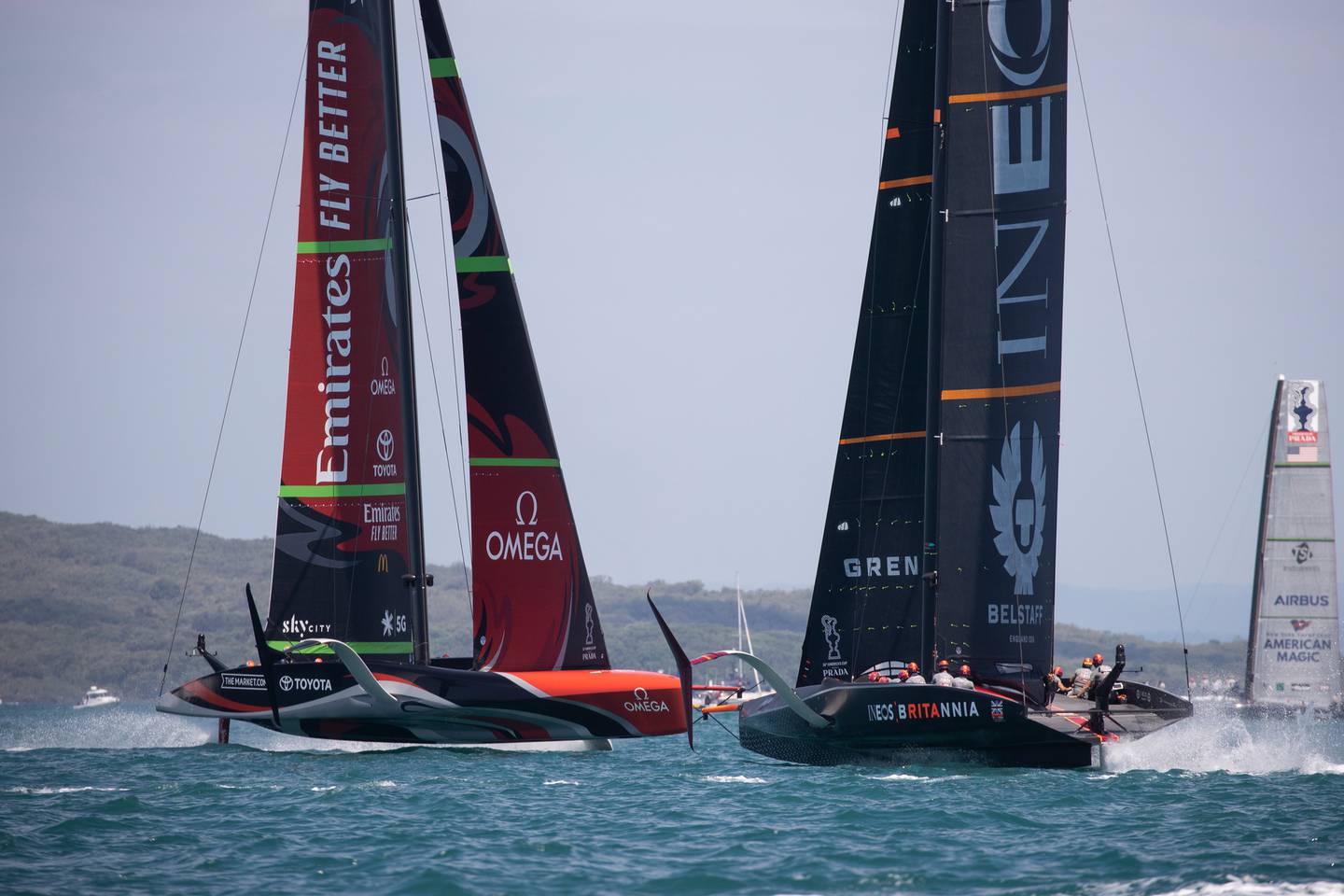 America’s Cup teams aren’t short of cash – so you know that the kit they choose is the best available. B&G spent 500 hours in the wind tunnel and 200,000 hours on the water to make our new generation wind sensors up to 10x more accurate than other wind sensors – and the results speak for themselves. Emirates Team New Zealand and INEOS Team UK have two at the masthead and one on the end of the bowsprit, and they are at the heart of maximizing the performance and safety of these powerful boats, delivering crucial wind data to the sailors on board and the analysts ashore.

“We are delighted to partner with B&G to deliver and develop marine electronics for our America’s Cup campaign,” said Sir Ben Ainslie, Skipper and Team Principal INEOS TEAM UK. “On the water we need the best equipment to allow us to perform at the optimum level, knowing that we have the support and products of a British brand with a heritage of delivering award-winning and cutting-edge sailing innovation is a big performance enhancer for the campaign.” The team uses B&G radars, instruments, VHFs, and chart plotters on their chase boats to support the race team, as well as the new B&G wind instruments on the AC75.

B&G has been involved in Americas Cup campaigns for decades, helping the sailors, designers, and shore teams to monitor and analyze performance, with one goal in mind: winning the oldest trophy in sport.

Since its establishment in1956, B&G electronics are the preferred equipment on many of the world’s leading sail racing yachts, including the majority of competitors for competitions such as the Vendée Globe, America’s Cup, the Sail GP, and the Volvo Ocean Race.