Following Navionics owners’ strategic decision to focus on their recreational business the Navionics charts were withdrawn from supply to professional users. The Navionics chart folios officially ceased to be available and this does also affect their supply to OLEX users. The last update of Navionics data for the existing users is planned for November 2021.

OLEX can use official and unofficial vector charts, in S57, shape, and SOSI format, from Hydrographic Offices and commercial vendors. Effective immediately, as an alternative to older Navionics charts for OLEX users the following chart options, in S-63 format, will be available: 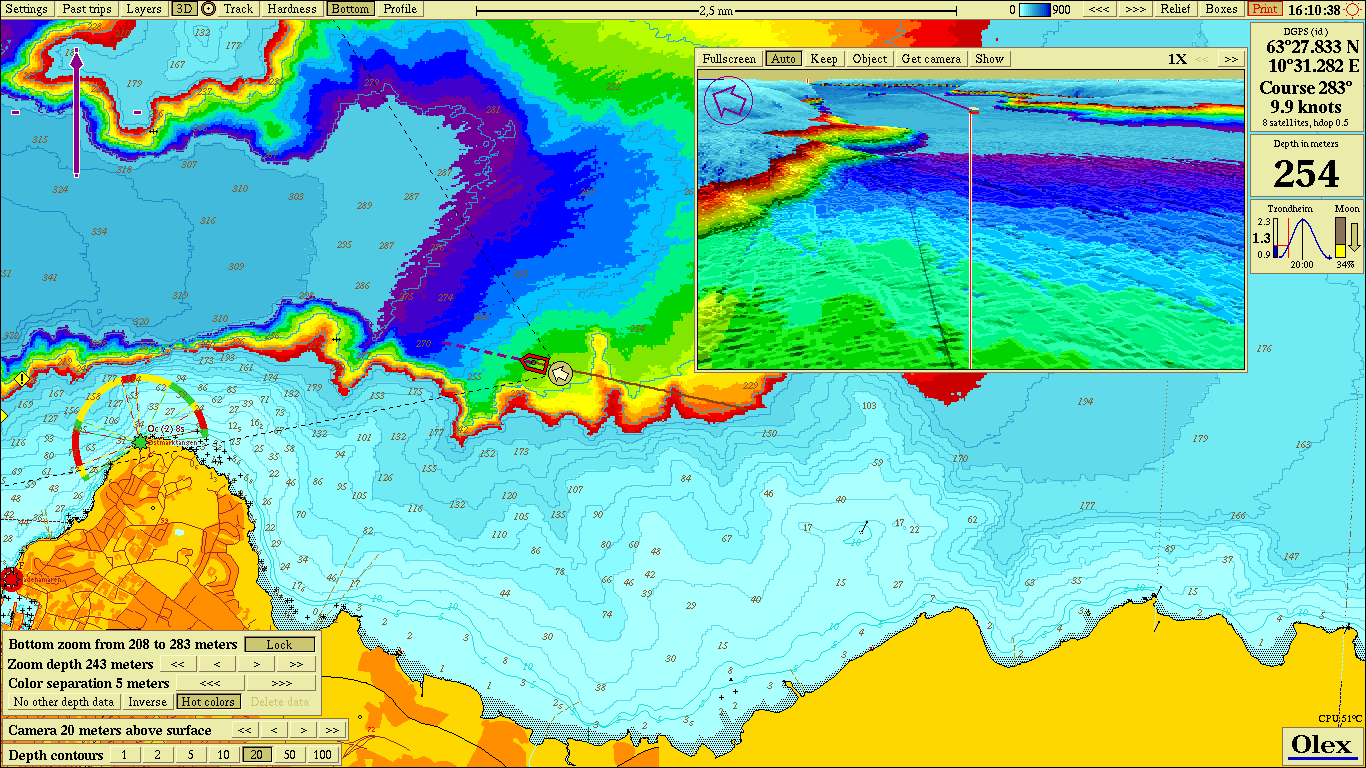 After years of research, development, and testing, OLEX AS has developed and keeps refining the most comprehensive seafloor topography mapping system available on the market. OLEX systems are based on Linux and are considered to be the most stable systems of their kind available on the commercial market. Speed, flexibility, and user-friendliness are important keywords to explain their success.

OLEX can use official and unofficial vector charts, in S57, shape, and SOSI format, from Hydrographic Offices and commercial vendors. The navigation charts are displayed alongside the collected seabed data and the chart visualization software will always strive to achieve a clear and informative chart image and prevent the screen from filling up with unnecessary information, by displaying only information relevant to the current zoom scale. Zooming and chart display is fast, easy, and seamless.