As part of the three-year-long research project SEERAD, Raytheon Anschütz has developed a novel Harmonic-radar-system together with the Institute for Microwave and Plasma Technology of the University of Applied Sciences Aachen and the Fraunhofer Institute for Radio Frequency Physics and Radar Technology FHR. End of August the results were presented at the Eckernförder Bay.

Conventional radar systems cannot detect a person in the water without interference, as they hardly stand out from the water surface, also the waves strongly reflect the radar signal. “People disappear in the so-called clutter of the waves and are simply no longer visible on the radar,” explains Carsten Reiter, a specialist in radar development at Raytheon Anschütz. Therefore a focus of Raytheon Anschütz’s research was on the development of radar software which is capable of detecting and tracking even small targets safely and reliably. 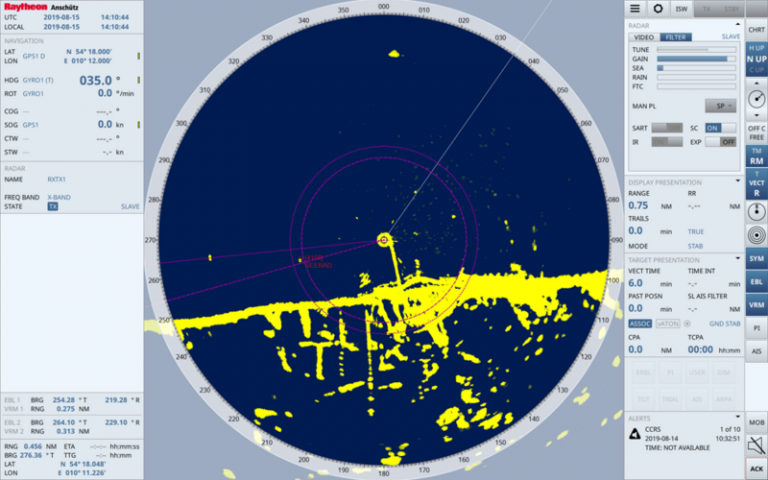 For this purpose, algorithms were implemented into the processing of the radar video, by filtering out background rustle the target detection could be improved. In addition, the object extraction with unclear target detections as well as an improved display of echoes on the radar user interface was improved this way. Raytheon Anschütz will use the results of this project to improve the signal processing of the new NX radar software. 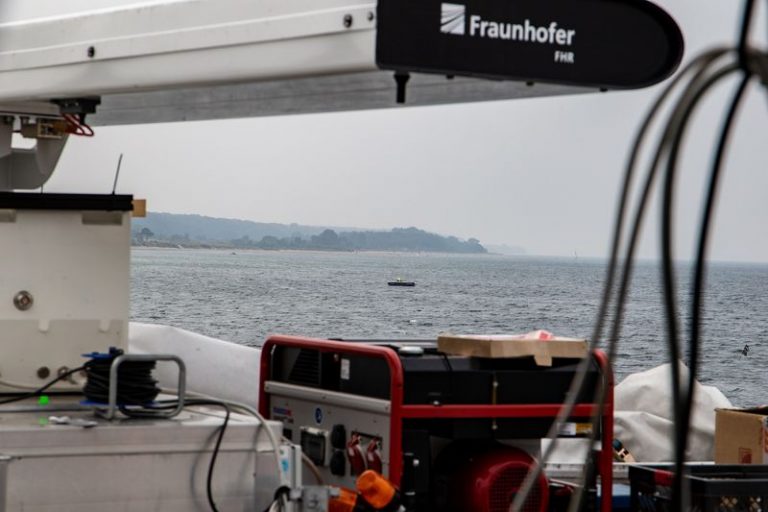 In addition, SEERAD uses special transponders, which are for example attached to life jackets and can mirror a signal sent out by the ship’s radar at double frequency. This multi-frequency technology, newly developed by the AACHEN University of Applied Sciences, enables the identification and analysis of even the smallest response signals. Necessary for this is a new multiband radar antenna, which the Fraunhofer FHR has contributed. The result: with less transmitting power, the transponders can be detected at a much further distance and can be reliably displayed on the radar software. 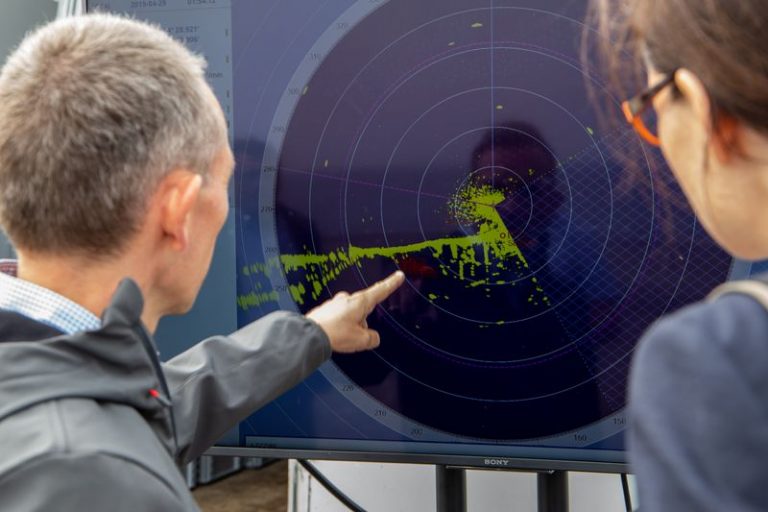 SEERAD was supported by the Federal Ministry of Education and Research.