The new SYNAPSIS E04.04 is released

Raytheon Anschütz has just announced the release of SYNAPSIS E04.04. The new Synapsis software is the first release that combines the full SYNAPSIS NX software suite including ECDIS NX, RADAR NX, and CONNING NX with a common HMI and improved functionality. The main goal of these new software products was to offer improved performance in combination with simplified operation and less risk of human error. Several outdated systems and user interface concepts were left behind, and a future-proof concept for the humanmachine interface as well as for signal processing was defined. The user interfaces were designed from scratch, leveraging the expertise of experienced navigators and specialized user interface designers.

As a result, the software stands out with consistent user interfaces, unparalleled intuitiveness in use, and improved situational awareness. The software supports new and future functionality requested by customers and resulting from technological advances, and includes bug fixing. The entire software was improved with regard to failover handling in case of network failures and the update frequency of main navigational data has been increased. 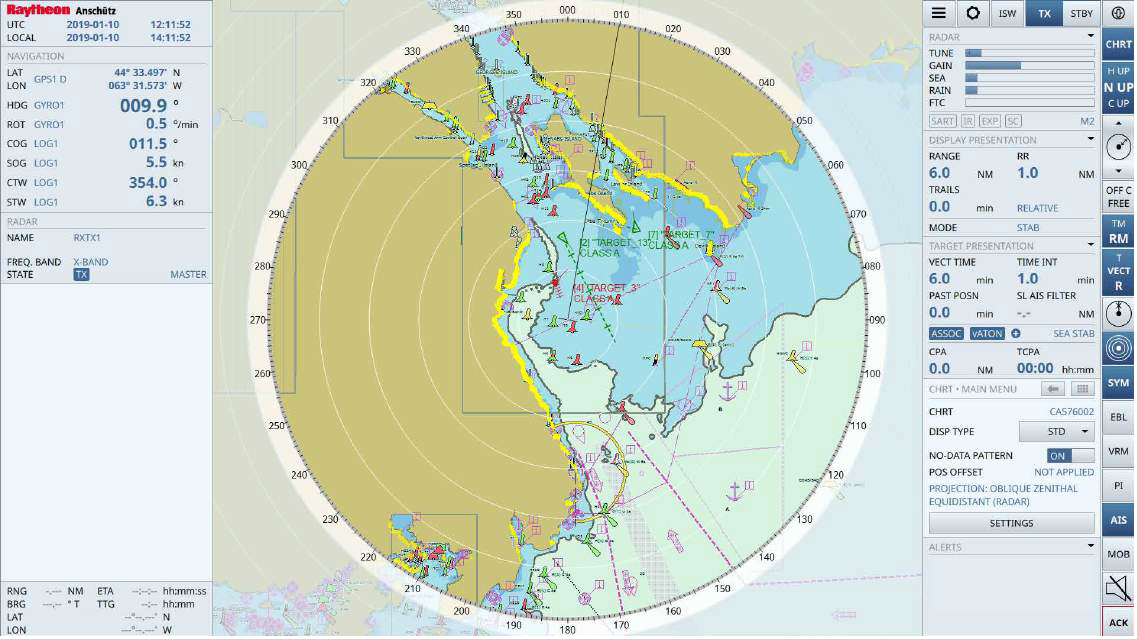 Among others, ECDIS NX also comes with a new AIS path predictor, improved ETA and TTG display, Radar overlay for third party radars, and improvements for stability and performance. CONNING NX comes with a new, optional Docking display as well as with CCTV integration. RADAR NX introduces a new standard display with a very clear arrangement of the user interface, offering an excellent, intuitive overview without functional overload but with shortcuts to the most important functions. Improvements in the area of the filter and anticlutter include removing atmospheric clutter and sharpening the edges of Radar echos. A maximum of PI-Lines allows the planning of complete routes to increase safety (in particular in frequented areas), and additional ERBLs are available to support safe operation in different scenarios.