B&G®, the world’s leading sailing navigation and instrument specialist, has worked closely with SailGP – the sport’s pinnacle league – as it heads into the second season of competition this year to integrate the B&G Zeus³S Glass Helm multifunctional display directly into the F50 catamaran’s wingsail. In a truly innovative world-first, the tactical display has been built into the wingsail itself.

SailGP Season 2, which spans 2021-2022, kicks off this weekend with eight national teams competing in the Bermuda Sail Grand Prix presented by Hamilton Princess and continues with eight events over the course of the season, culminating in a Grand Final in San Francisco, March 2022.

“Our 24-inch B&G Zeus3S Glass Helm display will provide SailGP’s teams and athletes key data to make crucial tactical decisions during the race in the blink of an eye with all the customized information available right in front of them,” said Simon Conder, Global Head of Brand for B&G. “We are delighted to be working with SailGP to lead the way with innovations like these. To our knowledge, the F50 is the first and only boat in the world to feature a Multifunction Display in its wingsails, and we have no doubt it will make it much easier for the athletes to make those fast and critical decisions they need to.” 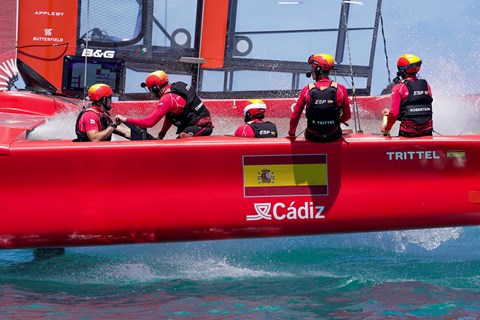 The F50 can sail up to 52 knots of speed (60mph) and feature a crew of five onboard including one helmsman, one flight controller, one wing trimmer, and two grinders. With the one-design class, all teams share the same boat design and technology leaving race results directly in the hands of the sailors and placing even more emphasis on reacting and interpreting weather and race data including wind speed, direction, wind shifts, sailing speed, and more. This data comes from another piece of B&G equipment, the wind sensors, located at the top of the wing and on the bow sprit.

SailGP Chief Technology Officer Warren Jones said: “SailGP has been working with B&G on adding two Zeus³S Glass Helms to each F50 for all competing teams for Season 2, the season opener in Bermuda will be the first event that this technology will be deployed. This technology will increase the ability of the athletes to be efficient with decisions on the F50. We look forward to pushing the boundaries of sailing technology with B&G today and in the future.” 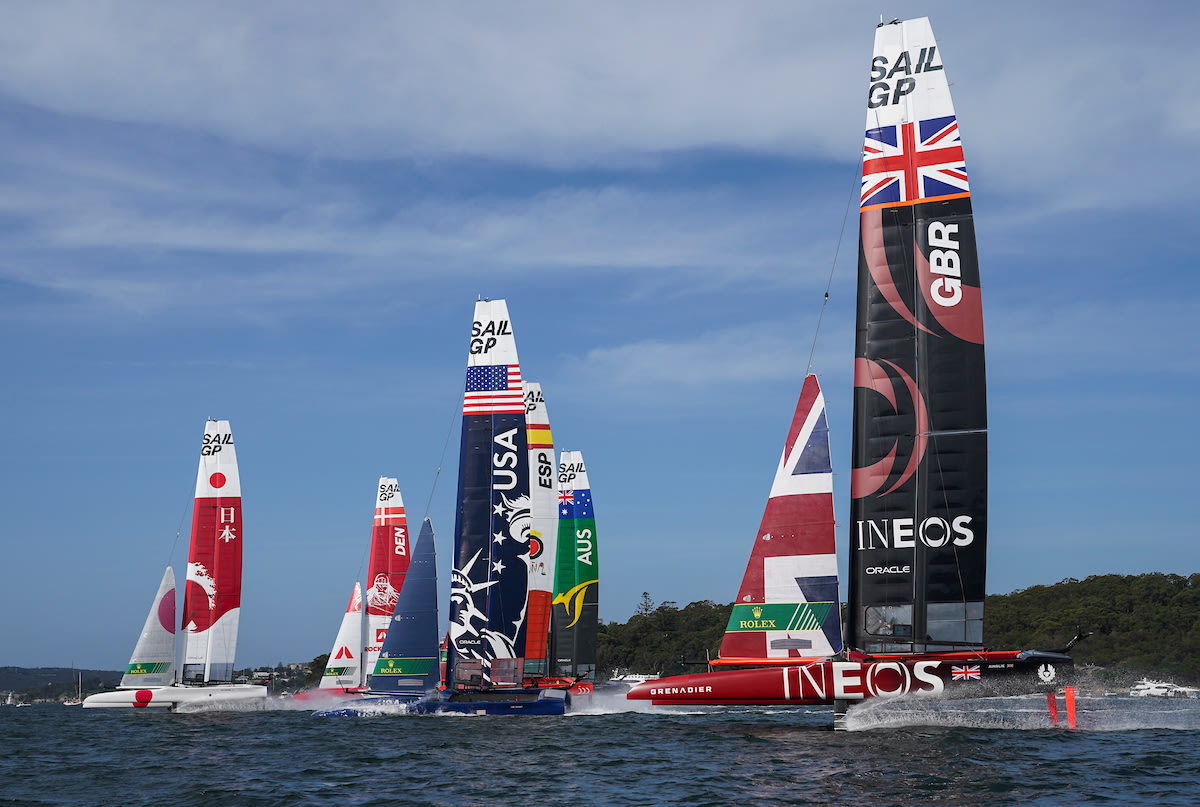 All data recorded from the boats, including wind data, is transmitted to each respective team’s coaches via the Oracle Cloud, allowing them to analyze performance and communicate with their crews at pre-determined times during a race. Spectators will also be able to access this technical data via the SailGP App where fans can select up to two teams to follow and receive performance insights from their boats.

“We can’t wait to see the action unfold in Bermuda this weekend and throughout the Season at SailGP events across the world,” added Conder. “We know that split-second decisions based on the data they will be getting from their B&G display will lead to many pivotal and exciting race moments throughout Season 2.”

Since its establishment in1956, B&G electronics are the preferred equipment on many of the world’s leading sail racing yachts, including the majority of competitors for competitions such as the Vendée Globe, America’s Cup, the Sail GP, and the Volvo Ocean Race.